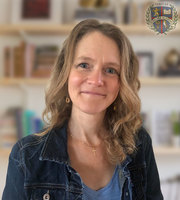 Amy Levin attended Kent State University, earning both a Bachelor’s degree in elementary education with a minor in English, and a Master’s degree in speech-language pathology ten years later. Before starting a family, she taught in both public and private schools. She has since homeschooled her four daughters, kindergarten through 12th grade. In Proverbs 22:6 the Lord calls us to “Train up a child in the way he should go: and when he is old, he will not depart from it.” It is for this reason that she and her husband chose to homeschool their girls, raising them for the Lord. After all, in the words of 3John 1:4, ”I have no greater joy than to hear that my children are walking in the truth.” Amy wants the same for her students. Amy believes that through Veritas Scholars Academy, she has been given the opportunity to bless other homeschooling families by helping to educate their children. God wants us to serve one another humbly in love, and Amy considers it a joy and privilege to walk alongside VSA families in this homeschooling journey. In her spare time, she enjoys camping trips and traveling around the country with her family in their RV, movie nights, snuggling up with a good book, learning about ways to keep her family healthy, family devotions around the kitchen table while enjoying steaming cups of hot coffee, and all things chocolate. Amy and her husband, a retired United States Coast Guard officer, and their four daughters (three of which are triplets) make their home in Northern California.