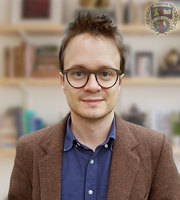 Dr. Erlend McGillivary gained his PhD from the University of Aberdeen, Scotland. During his time at Aberdeen he was an academic tutor in New Testament Studies, early Church history, and Greco-Roman history, and also helped to coordinate the Divinity school’s distance learning program. In 2015 he was a visiting Professor of New Testament Exegesis at Asian Theological Seminary in Manila. He is published in academic journals such as Journal of Greco-Roman Judaism and Christianity, Novum Testamentum, Journal of Ancient History, The Ancient World, and Apeiron. He is also involved in publishing Puritan literature. A Christian since childhood, he has been involved in various church ministries, including running youth camps and regularly delivering sermons. Erlend lives in Scotland, where his spare time is usually spent exploring God's creation with his wife Mary-Jane (who is a native of the Philippines) along with their mischievous but loveable dog Coco. He likes nothing more than enthusing his students with a passion for history and the humanities, and showing them how to integrate what they learn within a biblical worldview.