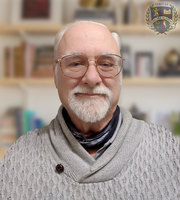 Rob Shearer is the husband of Cyndy Shearer, the proud father of 11 children, an Elder at Abundant Life Church, and the Director of the Francis Schaeffer Study Center in Mt. Juliet, Tennessee. He is also the Publisher of Greenleaf Press, and vice president of the Tennessee Association of Church-Related Schools. He is the author of Famous Men of the Renaissance and Reformation, and Famous Men of the 16th & 17th Century. Rob holds an MA in History and Humanities from Stanford University and a BA in History from Davidson College. He was a Fulbright Scholar in Germany in 1979-1980. He has been reading, writing about, pondering, musing, and reflecting on the lessons of history (Ancient, Medieval, & Modern) for over thirty years. He re-reads Paul Johnson’s Modern Times every year, and loves watching Gone With the Wind, Dr. Zhivago, and The Lion in Winter. He once organized a twelve hour marathon back-to-back-to-back screening of all three of the Lord of the Rings movies. Every few years he leads the ultimate homeschool fieldtrip and takes several dozen students and parents with him to Italy and Germany for two weeks, exploring the historical sites associated with the Renaissance and the Reformation.