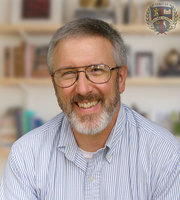 Allan Bruner has served as a mathematics, chemistry, physics, anatomy and physiology, psychology, government and economics teacher, as well as choir and drama director, for more than thirty years He holds degrees in Chemistry (Seattle Pacific University) and Science Education (Oregon State University), earning his Master of Science from Oregon State. He is a Murdock Charitable Trust “Partners in Science” Fellow and was named Oregon’s Teacher of the Year in 2006. He holds National Board Certification from the National Board of Professional Teaching Standards in Adolescent/Young Adult Science. He currently serves as an adjunct professor in the College of Education for Concordia University-Nebraska. He has also been involved with the FIRST Robotics program, coaching an FTC team for twelve years. Allan and his wife have been married thirty-two years and live in Mulino, Oregon. They have two grandchildren. Their oldest daughter earned her BSN from George Fox University and is employed as a Registered Nurse with Providence Health Systems. Their middle daughter completed her undergraduate degree in history at George Fox University. Their youngest daughter, born with Down syndrome, is living at home and enjoying music, reading, and acting. All are delightful young adults who are pursuing their aspirations and dreams. The Bruner’s homeschooled all their children through high school. Allan is a teaching elder at Meadowbrook Community Church, where he also serves as minister of music. The Bruner’s have been involved with this congregation for thirty-three years.