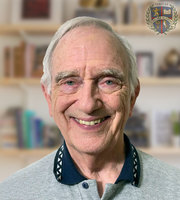 Al Keller received his M.A. in Russian History from the University of New Orleans in 1970, followed by three years of post-graduate work in Russian and Chinese History at the University of Washington in Seattle. During the 1960s and 1970s, he served in the U.S. Navy in Intelligence, worked for the University of Washington in cardiovascular research, and as a programmer-analyst at Boeing. He received his M.Div. from Concordia Theological Seminary, in Indiana in 1983. From 1984-2008, he served as Senior Pastor of Emmaus Lutheran Church and School, Fort Wayne, IN. He hosted the church’s radio programs which consisted of a half-hour weekly edited church service and a half-hour program discussing current topics and issues through a Christian perspective. He oversaw the development of new curriculum and a modernization of the facilities at the school, and later the building of a 5 million dollar new modern school building. He served as an Adjunct Professor of History at the University of St. Francis, Fort Wayne, IN from 2005-2008. He is skilled in the Greek, Latin, German, Russian, and Chinese languages. His interests include philosophy, international politics, chess, woodworking, and travel. He enjoys spending time with his wife, Rosalie, his daughter and son-in-law, and four grandchildren.